(For gaobest, wherever he is…)

Oh, but she did. Yes, I went there. Wait, though…In case you are a reader who is unaware of this particular gentleman’s likes, let me ask you to read the previous post to orient yourself.

You good now? Super…let’s move along.

My Saturday evening date was the Tinder guy who looks like Taye Diggs, loves camel toes, and to be called the n-word by white women during coitus. #whereallthewhitewomenat I made a few mistakes with this one, though.

We met for a coffee. When I arrived, he was already there. I hate being the second one to arrive – to anything. I walked to the table and noted his rather small frame…he looked huge in his photos. Balls. (Oh, because of his diminutive stature and because he likes his music, I hereby christen him Prince.) He stood up to give me a hug and we were practically at eye level. God. Fucking. Dammit. I went to get a coffee, figuring he’d finish up whatever he was doing on his phone before I’d get back to the table.

Oh, but no. When I got back to the table, Prince informed me that he was trying to finish an expense report and blah-blah-blah whatever whatever. Okey dokey. I say there and drank my grande skinny coconut milk mocha latte. I sat there at least 20 minutes. I seethed, but I stayed because I figured that at least I was out of the house after dark for once. Then I texted my totes bestie CP to inform her of the current situation. Finally he started paying attention to me when I got on a winning streak on Candy Crush. FML. We talked about whatever and yadda yadda yadda, Prince followed me back to my place. I told you I’m a slut.

Here’s the thing. I NEEDED DICK. I can’t be certain that I’ll get dick tomorrow from Seabiscuit (Thanks for that nickname, CP!), but I got to do for me and mine. (O Brother Where Art Thou? #learnme) If I don’t see PG anytime soon (which I do not figure I will), then I might not get sex till Vegas in November…and even that is only a maybe. #thestruggleisreal #holifeisahardlife

I led Prince up to my bedroom and put on my “Music to Bone To” mix…that needs to be revised, incidentally…and he moved in for a kiss. *sigh* I am not always a fan of kissing since so few men do that right, either. So…the kissing. Did you ever see the episode “Sex” of Absolutely Fabulous? Well, a young Idris Elba (WTF?) accidentally sprayed get-your-dick-hard spray on his tongue and his tongue stuck straight out of his mouth. That’s kind of what Prince had going on tonight. I tolerated the kissing and he soon began to undress me.

Prince turned me around, knelt behind me, spread my ass cheeks with his hands, and got all up in my ass. Yep, he tongue fucked my asshole…skillfully and enthusiastically, I might add. He was really into it and it felt quite excellent. His finger eventually moved to my pussy, which was quite wet by this time. Prince was surprised and very excited about this. It is one of my superpowers: a super wet pussy. If I were a superhero, maybe I’d be named Juicy Twat or Juicy Cooch or something (Ooohhh! How about Succulina?!) and any evil doers would be defeated (or maybe hypnotized) by a powerful gush of my lady juices. Or not. Anyhoo…I let him eat my pussy. I had made it clear to him that he should not eat my genital jewelry. He did a fine job and my jewelry remained intact.

He then grabbed a condom (no, NOT a Magnum…god fucking dammit) and plunged into my pussy as I was bent over the foot of my bed. The first penetration with a brand-new peen is critical. While the head of his dick was a delightful, bulbous mushroom, the shaft was nothing special. Prince commented almost continuously how wet my pussy was. Told ya: superpower. After a short while, he put me on my side and slid in sideways. That was some good stuff and I enjoyed myself.

—– I’m trying to get excited about this post, but I’m all meh about it. It felt good with Prince, but not earth shattering. I’m super tired right now…losing energy…must hurry and finish this post. See how uninspired I am?? Balls. —–

He quickly found out how flexible I can be – mainly because I kept changing positions to try to make his dick hit just the right spot. Eventually it did hit my spot and we had some good shit happening. I did utter the n-word for him…several times (so get the fuck off my jimmy, CP!!!!!!) and he reacted positively, so I guess I did it right. (“Give me that ****** cock!” “Fuck my cunt harder, ******!”) #whatever 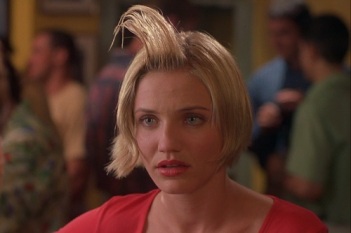 Will I see Prince again? I guess maybe I will, but he’ll have to come to me. His dick is not quite good enough for me to travel to him. I’ll give him the benefit of the doubt, though, and probably give him another chance since first times can be awkward. He’ll also get another chance because he’s much closer to me than both PG and Master. Location, location, location. For the record, it was anything but awkward with PG and Master for the first encounters.

Tomorrow I am supposed to meet up with Tinder guy #2 – a.k.a. Seabiscuit – because of his seemingly impressive penile endowment. If, however, his endowment was just a tromp l’oeil situation, I will have to reconsider my peen screening methods. #hoingainteasy

Just a slut trying to have some fun. Lighten up, y'all. It's just sex...potentially with your man... View all posts by notesfromaslut

This blog will be a combination of my new sexual experiences and some old stories of me as I grew into the slut that I am now. I’ll be clear when I post something that is not current.

What you read here will always be the truth (I’m too lazy to lie!), but names will usually not be revealed in order to protect the guilty (and satisfied…or sexually inadequate). Besides, I’m not sure I even know some of their names.

If you have something to say, have at it. I have a thick skin. Bring it on.